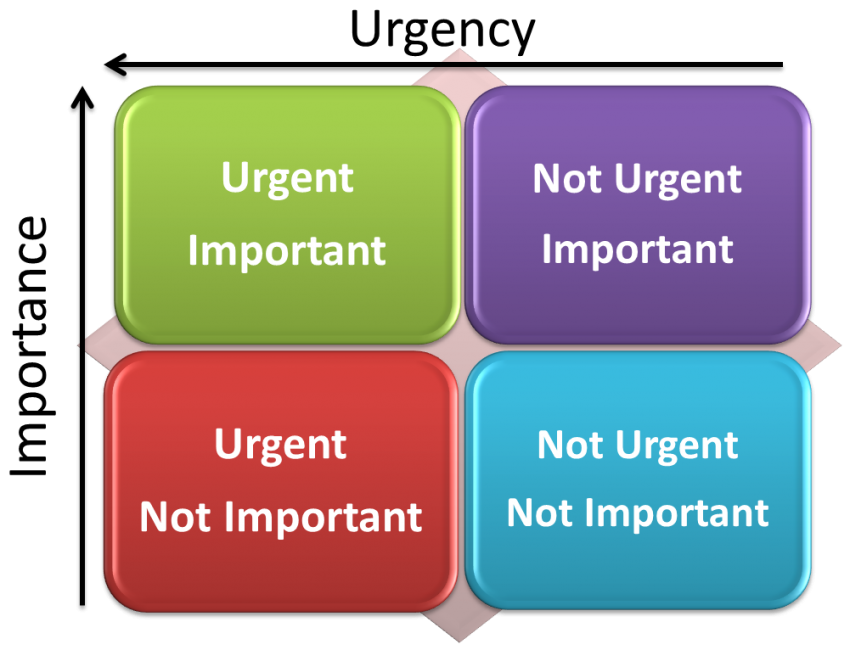 Adventure of an IT Leader

Barton noticed that there might be security hole in the IT network infrastructure and the project for fixing this problem has not get funded historically. The previous CIO proposed the fix in the project prioritization meeting but Barton as a head of Loan department at the time made objection and complained that the project proposal was so technical that the team doesn’t understand it necessity.

As a result, IT department used to use slush fund for this kind of important projects, which they did not get the board approval. As a new CIO, Barton wants to fix his previous mistake and assign direct budget for high priority projects like the ones related to the company security issues. He wants to talk to the CEO to get the full responsibility of assigning the budget for IT projects, while other people warning him if he goes that direction he will be responsible for all trade-off consequences, and if something goes wrong he will be the only person that will fill the pressure of the crisis. The other approach would be to share the decision-making responsibility with other business unit managers and keep a dedicated budget, which he will have, full control for emergency or necessary projects. Meggie is suggesting him to check the new IT priority alignment used by US Volkswagen Company, which focuses more on aligning the IT priorities with business objectives and let the business units to make decision on IT projects.

We would suggest Barton to have two levels strategy to face the IT priority management issue. Because of the accumulated security issues, first we suggest Barton to take full control of the IT budget management for next few months to fix the high priority security issues. Meanwhile he should prepare a more comprehensive plan to align the IT priorities with business objectives and merge the IT projects within the business units. With this scheme, we let the IT be just a facilitator for other business sections to produce more value for the company.

Previous CIO was not successful to translate the high priority projects proposal to a simple language that all other business units’ managers can understand the importance and the values of that project. In other words, the project proposals were too technical that nobody understood the importance of them. As a result in last committee meeting Barton as head of loan department at a time made a joke and asked previous CIO to speak English in their presentation. The other problem is that IT does not have a long-term goal and priority and most of IT team member have their schedule as a weekly basis. It department needs to have long-term goal aligned with business objectives while handling the short-term problems by changing and moving the concurrent projects priorities.

The other problem in IVT was that executives focus was on marketing, selling and business activities and IT was viewed as an “overhead” expense.

In every organization we always can have two models of decision making, first is centralized decision making which one manager is making the decisions for its department, the other method is to use group and distributed decision making model. The first method has this benefit that the whole decision making process can be very fast and it is good for critical decisions that need to be addressed quickly, but at the same time the manager takes all the responsibility and in case of crisis he or she mostly likely will suffer from those pressures by himself.

The distributed decision-making can be more efficient if all of the stakeholders understand the importance of the issues while they are participating in risk management and other trade-offs. They will be responsible for the possible consequences as a group, which will let the company to handle the crisis more efficiently by using the elaboration of all stakeholders.

First, Barton could propose that he takes over the entire IT budget. Williams would go for this. Barton can represent the interest of both business units and the IT department. It will give him this flexibility to fix the urgent problems and close the security holes. But at the same time, since other business unit managers was taken out from the decision making process it can result in lack of collaboration of other business unites in IT projects.

The other risk would be that if anything goes wrong, Barton would find him alone being responsible for the wrong decisions.

Second, He could propose that before any of the prioritizing or IT resource allocation takes place that he gets a percentage of the IT budget.

This might increase other executives’ involvement and help distributing the decision making risk among the executives, but it struck Barton as sort of an incremental solution, a more timid move.

Third option would be that to fix the current committee-based system. It is probably the best long-term solution but for the current critical security issues it can be risky and there might be security hole, which needs immediate attention and cannot wait long if the committee does not approve the fix project.

We would recommend Barton to mix option one and option three. As a quick remedy for the critical security issues, he can take full control of the IT department budget management and start the high priority projects.

Meanwhile he can work on a proposal to distribute the IT projects among the business units. By this, he can align the IT activities and priorities based on the actual business values. Then each business unit will be responsible to make decision about their facilitator IT project.

Barton can categorize IT projects in three different groups:

First, Mandatory projects which includes the security issues, which he will make the decision about them.

Second, ROI projects which each business unit can make use of IT facilities to bring value to the company. Business unit managers will be responsible for making deception about that project and the project budget would come from the respective business unit.

Third, Option creating investment or OCI, which can provide future investment opportunities for company. These project can be defined as a collaboration of executes considering the company future growth.

We are expecting that Barton can fund the Cho’s project to improve the network infrastructure integrity. This decision will arise some of other executive’s objection and complains. For the second step of the solution, Barton needs to come up with a simple and clear proposal. Since it is a new organization change Barton will face serval organization acceptance problems but in overall, Aligning IT priorities with business objectives will bring more values for the company and other executives will find this method better acknowledging their business needs.

In several organizations, executives consider the IT department as a separate entity and IT projects are treated as an overhead.

It is very important to merge IT activities within the organization and bring a clear awareness of the IT projects and how they can facilitate other department activities to bring more values to the company.

Although IT is dealing with technical materials but still we need to have a clear strategy that is understandable by other organization members.