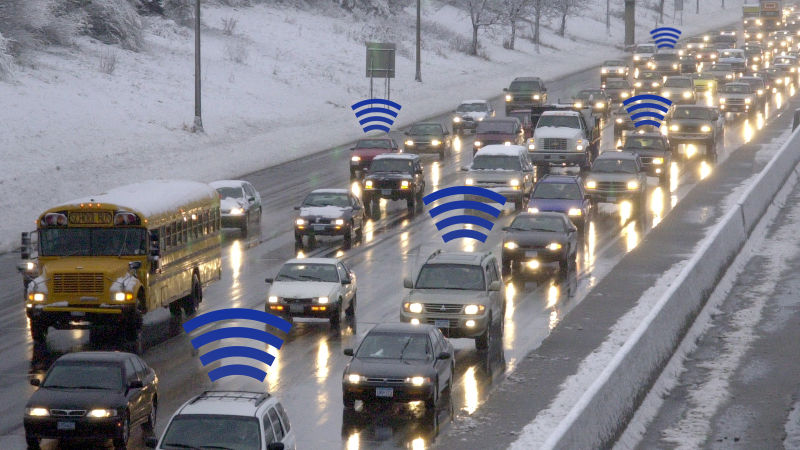 Vehicles are detected totally anonymously, and data are generated on their average transit times between various points in the road system.

The data collected can be analyzed in one of two ways: with devices installed in the client’s server or units connected to Companies Traffic’s data center, using a web interface to view the data.

Data are analyzed using advanced tools and algorithms. These tools and algorithms take into account where the detectors are located, eliminate all interference and filter out situations that could negatively affect detection accuracy, such as buses filled with passengers with multiple Bluetooth™ emitting devices aboard.

Once processed, the data are sent directly to variable-message panels or transferred in XML format for use by a third-party system.

There are three possible customers:

Tyco Bluetooth Travel Time/Speed Measurement field units are designed to be mounted on a pole in designated locations of the road network to detect unique Bluetooth MAC addresses from mobile phones, ear phones and in-vehicle hand free audio systems passing within 50 meters. The system is able to provide real time travel time/speed for display and as input to supplement Urban Traffic Control.

Siemens : Sitraffic travel time solutions for everything from measurement to data processing at the center

Detection of mobile devices with Bluetooth / WLAN scanners This measurement method builds on the fact that a substantial percentage of all vehicles carry electronic devices such as mobile phones, navigation systems or hands-free telephone sets. The WLAN detection technology is able to detect also smartphones, the latest generation of mobile devices, ensuring the compatibility of the system with future technological developments. Even without establishing a connection, the system can retrieve the unique MAC address of each mobile device. This ID is used to re-identify the same vehicle at other measuring points in the road network. These data are encrypted before transmission and form the basis for the subsequent travel time calculations. The special appeal of the Bluetooth / WLAN solution is the low cost for the devices and their installation; a single scanner, for instance, can cover all travel directions on the entire intersection. This system is suitable for use in all applications that require a recognition rate of about 30 % because this is the typical percentage of cars carrying a device that Bluetooth / WLAN scanners can detect. 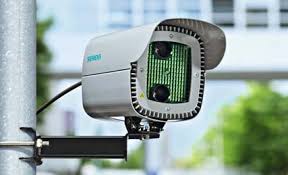 TPANA is the Canadian leader in Bluetooth Traffic Monitoring for the Intelligent Transportation Systems industry.  This success is driven by two innovative products.  BTM – is a field sensor used to collect Bluetooth data.  TPANACollector is a comprehensive software solution that collects data from BTM sensors and processes it into travel time data.

PANACollector is a software solution that collects data from road-side sensors to calculate accurate travel time.  A sub-set of the capabilities include:

From different reports it looks like TPA has started selling products since 2009. it has sold 140 units in 5 years,

Google: google already has a comprehensive knowledge of traffic information, thanks to google map and GPS enabled handsets. google servers are receiving tons of real time information which gives google a unique situation of having the routes traffic information. based on this collected information google can predict the travel Time. for time being google has not sold any traffic information to government agencies. lot of people are using google map to estimate their travel time, but still the road display units are  more convenient for drivers.

The City of Calgary has activated a Bluetooth tracking technology to give Calgarians real-time travel information during their commute. Based on a successful pilot project using Bluetooth technology to monitor and display travel times for drivers, The City has installed Bluetooth travel time systems along Deerfoot Trail, and most recently, along Crowchild Trail and Glenmore Trail.

Right now, the system has seven message boards, relaying travel times from 15 sensors along Deerfoot. The City of Calgary has spent $400,000 dollars on the project. Support for the project also came from the provincial and federal government.

Selling a comprehensive Work Zone Traveler Information solution for collecting, processing and desseminating travel time data in work zones.  Based on real-time data collected from Bluetooth Traffic Monitors, Radar counting equipment and CCTV equipment  the Company can provides a hosted solution that transmits NTCIP compliant travel time data to portable variable message signs and provides a browser-based interface to all the contractor and/or agency understand conditions in their work zone.

According to Arizona State project report 2011, Seven  Bluetooth detectors were purchased for approximately $50,000 and integrated into the DMS system for approximately $40,000. The system purchased (BluFAX) had no recurring costs other than as needed equipment maintenance.

Researchers noted that prices vary depending on location and the type of installation. For example, installation in an existing traffic signal cabinet would be cheaper than a stand-alone system in a rural area requiring solar power. Overall, system costs for Bluetooth detection ranged from $1,000 to $8,000 per location when purchased from a vendor. In Chandler, testing indicated that detectors should be placed 0.5 to 1.0 mile apart to achieve the 5 to 10 percent match rate needed to estimate travel times.

In Maryland Project Sensor capital cost with Solar and Cellular option was 4000$ . and Installation cost was 500$.

According to different reports, it looks like the average unit price is between 5000$ to 8000$ including the solar panel and wireless options. Two different model has been proposed by different companies, the annual fee base service or  total ownership model without any recurring cost.